This is a personal response to the recent UNESCO World heritage site status given to my home, the rainy old Lake District. I’m not too impressed by it, and this is why.

On hot summer days, the kids of Droomer Drive went to the Lake. The tar would be melting off the pavements, the UPVC window frames would be clicking in the heat, and cheap ice lollies and water pistol fights would be doing nothing to cool us down. Me and my little brother would put towels in plastic bags, jelly sandals on our feet, knock for our friends, and go. Soon we were careering across Rayrigg Meadow, skidding across the pebbles and shale on the shore, clambering the baking hot concrete steps onto the jetty at Millerground, and hurling ourselves into Windermere, gasping when it’s glacial coldness punched the air from our lungs.

We weren’t the only ones there. Summer days at Millerground saw the water a froth of squealing, squirming, giggling kids, unsupervised and having all the more fun for it. Evenings and nights saw soft smoke rising from disposable barbecues and stolen cigarettes, as local teens took over. They burned drift wood and old fence posts. They played music loudly.  The kids and teens – we – had fun. It wasn’t polite fun, it wasn’t postcard fun, but it was our fun, on our lake.

Our parents stopped us going in the water when the blue green algae showed up. Agricultural chemicals washed downstream left us with stinging red welts and rashes all over our bare legs. Later, when we were teenagers, the council made it clear we weren’t welcome on the shoreline either. They disappeared the heavy, sun bleached logs we used as benches. They took a pneumatic drill to the barbecue pit. As we got older, it didn’t feel like our lake.

The lake belonged to the farmers who dumped the sheep dip that caused our rashes. It belonged to the shore side hotels where some of us worked, cleaning up after the people who “kept the area on its feet”. Paddling and pissing about in the water and having your first kiss over an under-cooked Tesco sausage wasn’t Lake District. You were meant to go to the sports activity centre now in Rayrigg Meadow, pay buckets for a wetsuit and kayak, buy paninis afterwards, and be wholesome about the whole thing.

When I think of heritage and the Lake District, I think of what happened to Millerground, and I think of the kids of Droomer Drive – and of Claife Avenue, Upper Oak Street, Woodland Close and Limethwaite Road. I think of what we felt we had as children and what we’ve been left with as adults. Few of us can buy a house or even rent one. Our villages are full of empty second homes and shops selling plastic daffodils and pottery Herdwicks. Jobs are low paid, many are seasonal, there’s little to do in the Lakes if you don’t want to work in a shop or outdoor centre – or exploit those who do. Most of the kids who played in Millerground had to leave the Lake District a long time ago, me included.

The bid for UNESCO world heritage site status was a chance to repair the Lake District. In living memory, sites like Millerground were up and down the lake, and were full of locals, enjoying the water and mountains every bit as much as the rich and the tourists. Not once in the heritage bid document does it mention improving things for the working class locals or the European migrants, who make, stock and shift Kendal mintcake and Cumberland sausages. It doesn’t talk about improving our access to the hills, lakes, making it easy for local kids to have noisy barbecues or their parents to have cheap row boats to spent their Sundays in.

All that would be distasteful. Scum of blue green algae is acceptable in the waters. Scum from the council estates isn’t. The “locals” page of the bid document is a case in point. Totally white apart from one Chinese tourist, and dominated by middle-aged business owners, it speaks volumes about the people this project is being run by and for.

Below are three images. The first is my street and the road near it. Huge swathes of Windermere – save the picturesque town centre – looks similar. The second picture is a screenshot of the world heritage bid, which shows the types of property showcased in the same area. (NB – Storrs Hall was built off the backs of slaves, they still consider it more relevant for inclusion than the types of houses where most people in the area live). 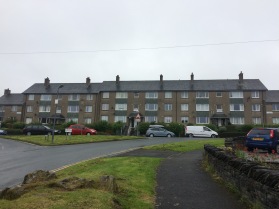 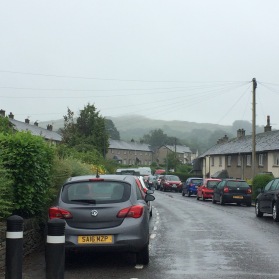 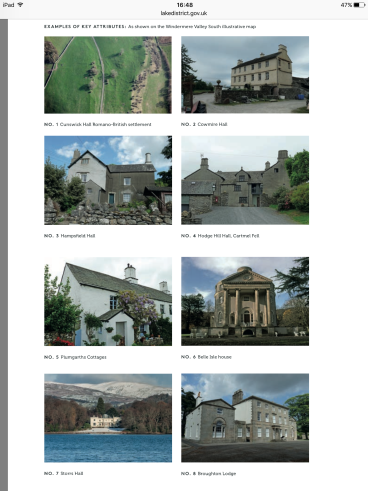 Now, I get those houses are lovely. I want to see them protected (not Storrs hall, tear it down).

But it is a politically, class-minded decision to not also set out to protect the local social housing – which enables the key workers needed to keep the lakes running to live there, not to speak of concentrating on preventing young people from the area having to leave in droves, not to speak of diversifying industry and employment, not to speak of stopping whole villages becoming second home ghost towns, literal playgrounds for the rich.

The answers to the “FAQs” about more exclusive hotels, less budget options, and rising house prices, are mealy-mouthed. “We’re already exceeding targets” on affordable housing, they say, although they’ve no plans to reduce prices they admit are already well above average. Their strategy is to “enable diversity” of different options for different budgets, although they also want people to “spend more”. Forgive me if I’m not brimming over with enthusiasm.

Commentators like George Monbiot have written at length against the bid, but they’re only getting it half right by focusing totally on conservation issues. Yeah the fells are sheepwrecked. Yeah the idea of the Lake District as a haven for wildlife is laughable. Yeah I want to see foxes, eagles, forests, newts, red squirrels, rare flowers.

But I also, alongside all that, want to see houses my friends can live in. I want my brother to not subsist on a substandard wage for delivering food to restaurants he can’t afford to eat in. I want the National Trust and local landowners to stop wrecking the places locals hang out and sticking locked gates across public rights of way. This bid makes all of that more unlikely than ever.

Why? Because heritage means things that are important to a particular group or society. The world heritage bid has defined what those things are, and they are the things dear to the establishment and nothing else. It’s not wildlife conservation and it’s not equality either. It’s park and rides to quiet lakes, postcards of Tory poets, and “viewpoint” benches. If you ever visit and come and rest a while on one of those, look at what it’s sat on. See if you can see where the barbecue pit used to be.

PS) Millerground still is one of the only free public access points to the lake remaining and although it’s not as good as it used to be you can still go. Please use it. Even though the council now say “picnic” , not barbecue. Buy and cook the cheapest fucking sausages you can find. (Cook them properly.)

View all posts by rebeccawinson